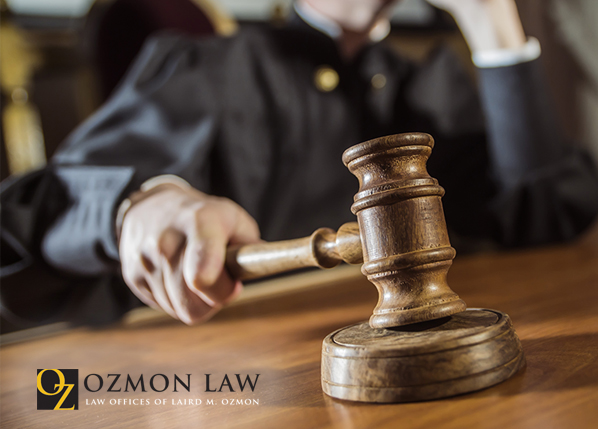 The state law allowed charging filing fees of $50 up to $500 in mortgage foreclosure cases to raise money to administer a statewide social welfare program intended to clean up neighborhood blight.

Attorneys Laird M. Ozmon, Daniel K. Cray and Melissa H. Dakich represented the plaintiffs in the 2012 case in which a Will County judge sided with the plaintiffs and struck down the laws as unconstitutional.

“You can’t use the courts as a cash cow to fund state projects which benefit the general public rather than specifically the court system” said attorney Laird M. Ozmon.

The state of Illinois, Cook County, and the Will County Circuit Clerk appealed the decision directly to the State Supreme Court.

The case was remanded to the circuit court in Will County to determine the exact amount of fees that were unlawfully collected by the 102 county clerk’s offices over the last ten years which could be in excess of 50 million dollars.

See the full article at cookcountyrecord.com

$9.2 Million Dollars – Awarded the highest settled Medical Malpractice Lawsuit in the history of Will County

Will County, Il.(a suburb of Chicago) – On January 15, 2015, a Will County woman and her husband settled a medical malpractice lawsuit against a local hospital and surgical group, for a Will County record high settlement of $9.2 million. She filed suit because surgical complications after weight loss surgery in November, 2010, led to above-the-knee amputation of both of her legs. The surgeon was an employee of the surgical group and an agent of a local hospital. Based upon claims of agency the hospital participated in the settlement. There were no other significant claims against the hospital. A local hematologist also contributed to the settlement.

On November, 10, 2010, a local woman underwent a weight loss procedure called a gastric sleeve surgery, which involved removal of approximately 70% of her stomach. She had a preexisting blood clotting disorder, and for the previous ten years had been required to take a blood thinner called Coumadin every day. The blood thinner had to be discontinued just before surgery, with the expectation that it would be restarted in a timely manner after the operation. Unfortunately, she suffered a bleeding complication after surgery, and the surgeon decided to delay the restarting of those blood thinners. Due to the absence of an anticoagulation bridging plan, blood thinners were never restarted and after two weeks, she developed massive blood clots in her legs that ultimately resulted in the complete loss of blood circulation to her legs. Because circulation could not be restored, both of her legs were amputated above the knees on November 26, 2010.

A lawsuit was filed in Will County by Laird Ozmon of the Law Offices of Laird M. Ozmon, Ltd. alleging that her doctor failed to sufficiently educate her that due to her hyper coagulable condition, she should have had a less invasive and risky weight loss surgery called a lap band procedure, failed to properly manager her anticoagulants before surgery, failed to restart her anticoagulants when it was safe to do so, and failed to respond in a timely manner when she developed extensive blood clots.

Ozmon Law Client Awarded $12,000,000.00 by a Federal Jury Against Black and Decker in a Product Liability Case

Plaintiff, a bricklayer-carpenter, age 42, sustained a nearly complete amputation of his left hand, while using a power miter saw found to be unreasonably dangerous due to a lack of a right side lower blade guard. Plaintiff’s expert was the invertor and designer of the 10-inch Black & Decker Power Miter Box Saw ( Model 7717, Type 1) testified he designed guards for both sides but for marketing reasons Black & Decker omitted the right side guard.

Beginning in 1991, defts misdiagnosed M-40 pltf’s genetic disorder(Alpha-1 Antitrypsin Deficiency) as asthma, resulting in loss of over 75% of pltf’s lung function, leaving him a pulmonary cripple and diminishing his life expectancy by 15-20 years. If identified by a simple blood test, progress of the disease could have been halted by serum replacement therapy and pltf’s emphysema prevented. Due to his extended treatment for asthma with steroids, pltf also developed osteoporosis and suffered multiple vertebral fractures. NOTE: this is the first known case involving the misdiagnosis of Alpha-1 Antitrypsin Defeciency.

Age 49, a carpenter, was using a 10-inch Black and Decker miter box saw when an unguarded blade on the right side struck his left hand, amputating one-third around the thumb. Thumb was sewn back on and palm repaired, but a year later index finger had to be removed and other fingers are unable to grasp, numb and have pain, due to tendon injury. Inventor had testified he designed guards for both sides but deft omitted right side because most users are right-handed.

December 1, 2003, pltf M-16 presented to the emergency room of Deft Hospital with a two-day history of abdominal pain and diarrhea. He had a fever and was tachycardic. His CBC blood test revealed that his white blood count was elevated with marked shift to the left. A CT scan of his abdomen revealed that appendicitis could not be excluded as a possible diagnosis. He was admitted thereafter to deft Mercy Hospital. On December 2, 2003, he was discharged from the deft Mercy Hospital by deft Cesare Menendez, M.D., despite an abdominal white blood count, bandemia, and fever spike noted at time of discharge. On December 3, 2003, pltf’s decedent’s parents called deft Cesare Menendez, M.D. on two occasions informing him that their son’s condition was worsening. However, it was not recommended that they return to the hospital immediately, but rather were given an appointment for the following day at 1:00p.m. On December 4, 2003 at 1:40a.m., pltf’s decedent told his father to take him to the hospital but then collapsed and died. Autopsy later disclosed a purulent infectious process in the right lower quadrant most likely related to a perforated appendicitis resulting in peritonits, sepsis and ultimately his death.